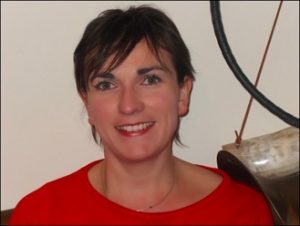 Jenny Morgan was born in Southport and studied French Horn under the tuition of Alfred Dowling in Liverpool and Anthony Halstead in London.

She was a member of the National Youth Orchestra of Great Britain from 1989 – 1993 and has subsequently played in numerous symphony orchestras throughout the United Kingdom.

Jenny read Music at Jesus College, Oxford, where she undertook a wealth of orchestral and chamber playing, notably performing the Britten Serenade for Tenor, Horn and Strings in the University Church and the Schubert Octet with the Allegri Quartet.

During her final year, she was awarded a University Association Prize for the Arts. It was at Oxford that she first undertook responsibility for rehearsing and directing the college choir. She was also Musical Director of the Oxford University Dramatic Society (OUDS) where she wrote scores for over a dozen university productions, several of which transferred to the Edinburgh Festival and later toured abroad.

On graduating, Jenny pursued a career in Financial Services in London. She founded the Stewkley Singers in 2006 and, since having her children, undertakes a variety of work as an orchestral player and vocal animateur, as well as teaching Music at Akeley Wood School.

She is also a member of the Oxford-based Pavlova Quintet with whom she performs regularly both in the United Kingdom and abroad.